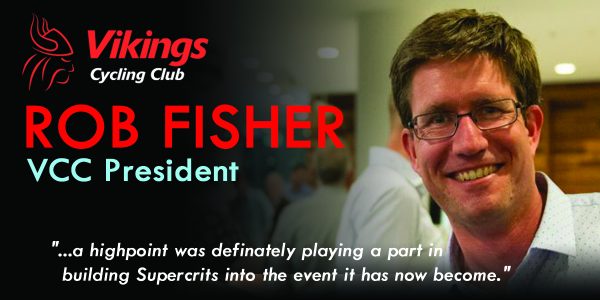 G’day Rob… thanks for taking the time to share your Vikings memories.  For starters, over what period were you engaged with the club and in what capacity?

I did the novice program in 2008-9 when I moved back to Canberra, then rode with V-Mobile, Speed Shop, ran Supercrits in its second season with Bosworth and Shalan and eventually spent 3 years as President from 2012-14.  I transitioned to Vice President and have lined up for another go in 2017. 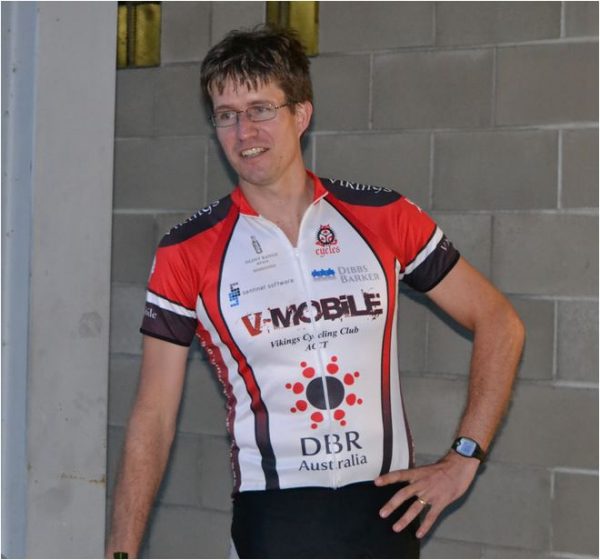 My first couple of years of cycling I had no idea, but got better pretty quickly with a lot of good coaching and good mates to ride with.  I’ll never forget dragging my brother and Tim Ainge out of their squalid share house at 5.55am for 6am rides.  And of course getting shouted at (correctly) by Lee Sheather for messing up the medium bunch. 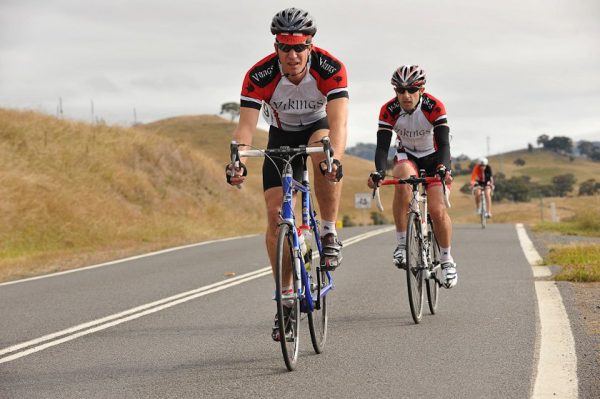 Watching Sue Powell win Paralympic gold at the old Purple Pickle, then welcoming her back with a huge crowd at the same venue. Playing a part in building Supercrits into the event that it has now become is also a highlight, as was watching Cadel win the tour in Steve Callahan’s backyard workshop.  Oh and of course the Riverina interclub handicap including  ABC’s (Andy Collins) win at the legendary Stockinbingal Gift. 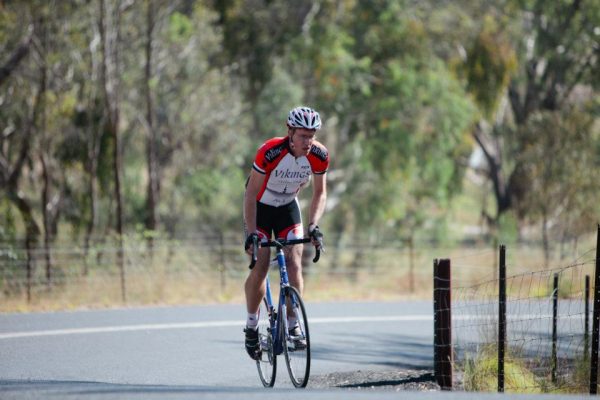 Ridiculous off-road arguments with bureaucrats and other clubs, which now is thankfully a thing of the past.  Dealing with the accidents and insurance claims as President was never a good thing but fortunately these were never really serious but of course not nice for those involved.

It’s a much bigger club now, but still with a range of abilities.  I’m always amazed to see old familiar faces each Friday morning, sometimes after years away. 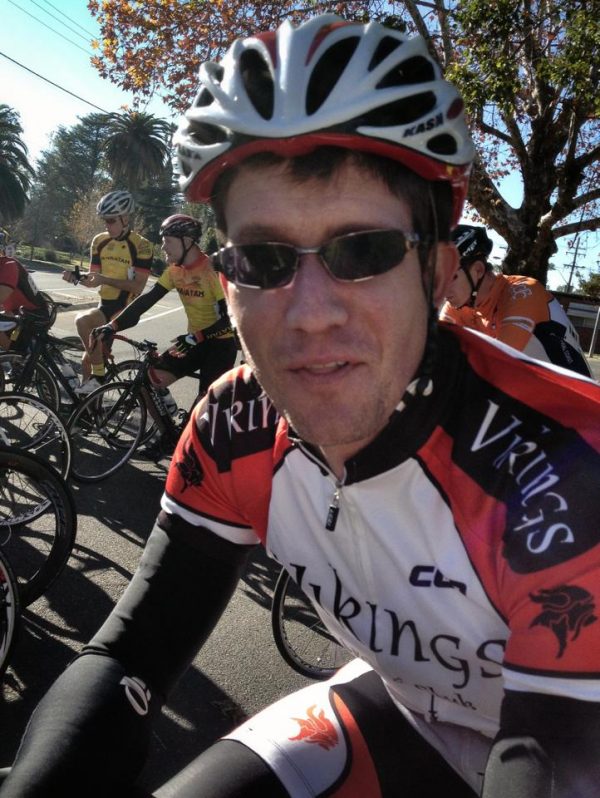 Helping to make Supercrits stick as a safe but seriously competitive alternative to Wednesdays.  I reckon the racing is harder but we seem to need a few less ambulances.

That and of course keeping a lid on the 300 expert kit designers who all wanted to change the kit to their own personal specification! The new kit (organised by my successors) looks great and was worth the wait.

My predecessor as president Mr Claringbold is a unique individual and had plenty of good advice on and off the bike.

Simon Dwyer was a teammate, coach, invaluable supporter and sounding board as President and a great mate.  I advise all future presidents to have a prize-winning moral philosopher on stand by for the occasional tricky ethical issue that inevitably arises.

Riding handicaps with Ben Long was a masterclass in influencing other human beings!  I lean towards a shouty Trump style of interaction in the bunch (mostly due to being out of breath) but Ben was quiet and subtle and could just command the pace. 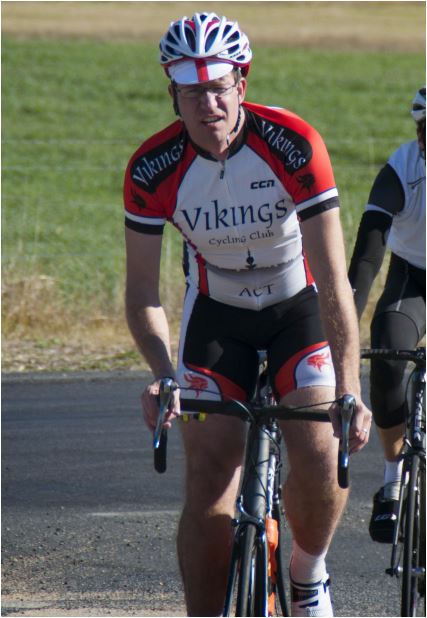 I remember poaching some shoes from the Wagga club for Andy Collins when his were 300 km away.  Unbelievably they were carrying spares in exactly his size and pedal configuration. He probably could have won in his socks though.

And we should retrieve and frame Bosworth’s rules of cycling from the old forum.  I can’t remember them all now but “if you win a race in any grade other than A you’re a burglar” sticks in my mind. 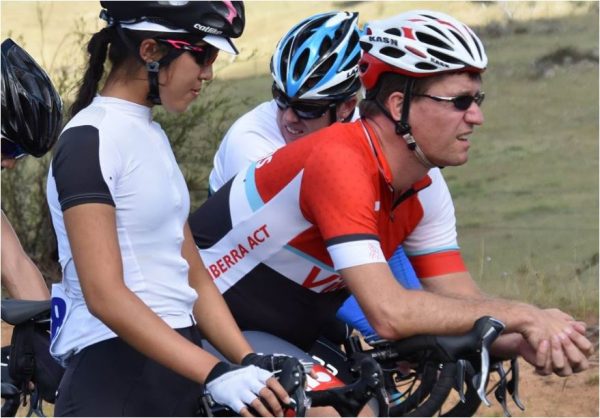 Adequate administrative skills? Seriously though I would simply advise them to make cycling part of their lives, for life. We can’t all train and race at the top level but it is possible to love riding and get a lot out of it at any level.

Big but keen roadie in the past.  Now I am Ex-Presidential and stately……not slow! 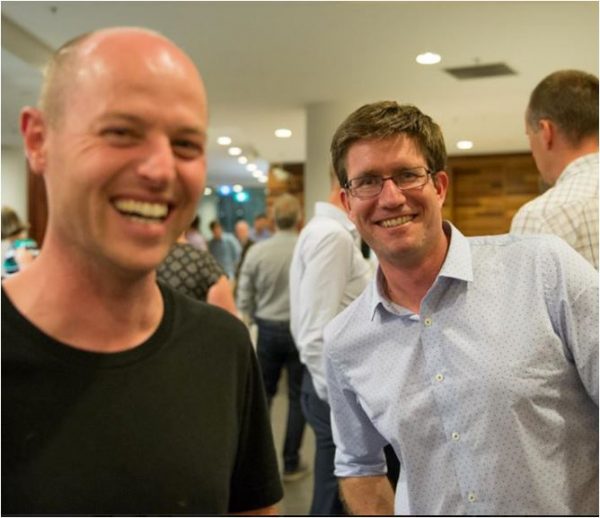